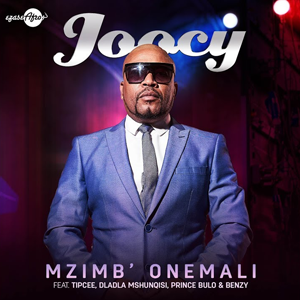 Real name Musa Mvundla born and raised in Kwa-Makhutha South of Durban, and popularly known as “JOOCY” started singing at an early stage and saw potential in his voice when he joined the Mbongeni Ngema.

Committed Artists Group” which introduced him to theater (acting) his debut acting role was in the award winning SARAFINA and the popular “Stimela Sasezola” musical created by Mbongeni Ngema. JOOCY decided it was time for a new challenge when the embarked on a journey searching for a record label where he could unleash his ultimate music potential. DJ Tira did not overlook his talent, he put him together with Afro Pop group “Afrosoul”, and together they released their debut album under Afrotainment.

The Afrosoul album did so well it even won them a Metro FM Award and a bonus nomination from the South African Music Awards. Unfortunately, Afrosoul dispersed and JOOCY stayed put at AFROTAINMENT helping create numerous hits for fellow stable mates. His biggest hit to date was the smash “I Won’t Let You Go” featured on DJ Tira’s Ezase Afro Vol.1.

He was unstoppable with his melodic vocals when he wrote and recorded “Ngisemathandweni” featured on DJ CNDO’s Finest Lady Of House, which helped define and solidify Durban sound.

More internal collaborations followed with the likes of Big NUZ, and Fisherman. He finally released his debut solo album titled “Definition Of Soul” in 2011 and the 15-track album comprised of dance songs, Afro pop and slow jams. The album featured seasonal hit makers in Dj Tira, Mampintsha and K.O on his leading single.

The album enjoyed production from heavyweight producers such as Robbie Malinga and Demor. JOOCY is a true definition of consistency and has kept his head down putting in work and his heart into his art proving time and time again to be a super talent.

2016 marked the return of South Africa’s smooth operator when he dropped his debut album dubbed “Love & Dance” with lead hit single “Thandekile” featuring DJ TIRA. His hard work on the album earned him a BEST R & B nomination at the 16 Metro FM Music Awards.

The JOOCY story continues as he polishes his craft every time he gets a chance to record under the guidance of his mentor Dj Tira.