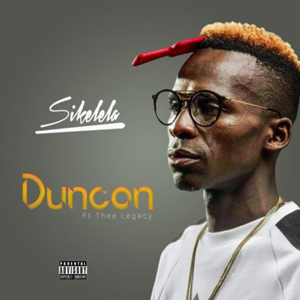 Born Sphamandla Duncan Mbambo, 16 November in Durban – Popularly known as “Skuva Maguluva” to his fans, the Mount Moriah born rapper made his mark in the South African hip-hop mainstream scene after being featured by Zakwe on a song titled “Isukile” in 2012.

The collaboration garnered him much needed traction from fans; with some if not most demanding more music from then newcomer- Duncan didn’t disappoint, delivering another sizzling single titled “Straat Sami”, in 2012. In 2013 he scored another feature with “Kasi” rap giants; the late great Prokid, Zakwe & Red Button on the song “Khayalami”, which served as a stamp of approval from industry peers and fans alike.

The year 2014 proved to be the biggest breakthrough year for Duncan when he remade and released Mdu’s “Tsiki Tsiki” as the lead single to his debut album (Street Government), released in 2014 taking South Africa by storm.

The hip-hop and Kwaito infused vernacular album won Duncan young and old fans as it enjoyed high rotation spins both on radio and television, thanks to the artist’s affiliation with the credible Afrotainment.

Dj Tira’s association with Duncan further enabled him to do a remix of “Tsiki Tsiki” featuring AKA, Professor and Mampintsha. The song topped all digital and radio charts within two days of release; earning the (Freshman) the number 10 spot on “Africa’s Top 10 Mc’s list in 2014 alongside the African continents mega stars, such as Ice Prince, Sarkodie, Casper Nyovest and AKA.

Duncan released “Mi Thata” featuring Dj Tira in 2014 taken off of the Street Government album. The song received overwhelming love from music fans across genres as it also provided a fresh twist, a blend of hip hop and house as the song sampled Dj Fishermans’s “Happy Song”.  He won his first award at the 2015 Metro FM Awards in the (Best Remix) category for “Tsiki Tsiki” featuring AKA, Professor and Mampintsha. He has since been nominated numerous times at the hip-hop awards, earning recognition in categories like Best Rap Album and Best Newcomer.

In 2016 Duncan released his sophomore album titled “Balaclava”. He reached another milestone with the explosive “Ring Of Lies” series soundtrack featuring Lastee and Ngane as the song proved his versatility once more. It’s 2019 and Duncan is back with another authentic South African song titled “Sikelela” Ft The Legacy. The song is currently enjoying high radio spins across all media platforms.

Duncan has a lot more street anthems to unleash from his book rhymes; thus fans should keep their ears glued to their speaker for the Sphethu/Afro talent.